Valentine’s Day is celebrated in Europe and the United States on February 14th. The date is a reference to a Roman priest named Valentine, who in the 3rd century was sentenced to death for going against the orders of Emperor Claudius II.

The monarch had forbidden marriages, as he believed that married men were not good soldiers. However, Father Valentine, believing that the marriage was part of the divine plans, continued to celebrate marriages, going against the orders of the state. Thus, after being discovered, he was arrested and killed by the emperor, probably in the month of February.

Before he died, when he was a prisoner, he fell in love with a girl and started to send her letters, and in one of them it is possible that he signed “from your Valentine”.

That’s why one of the traditions on this day is to send cards to your loved one.

Now that you already know about the history that surrounds this symbolic date, you can also see that the romance is in the air and in the gestures. As Valentine’s Day is coming, we’ve prepared a list of amazing movies that you can watch solo, with your soulmate or with your friends to celebrate this special date and of course also improve your English language!

Sylvie and Robert meet when Robert gets a job at Sylvie’s father’s Harlem record shop in 1957. The movie then follows the couple through the years, as they navigate their ambitions, their unexpected setbacks and their feelings for each other. From Barry Jenkins — director of Moonlight— comes this James Baldwin adaptation. It’s about a couple, madly in love and expecting a child, whose relationship is upended when one of them is accused of a crime they didn’t commit. 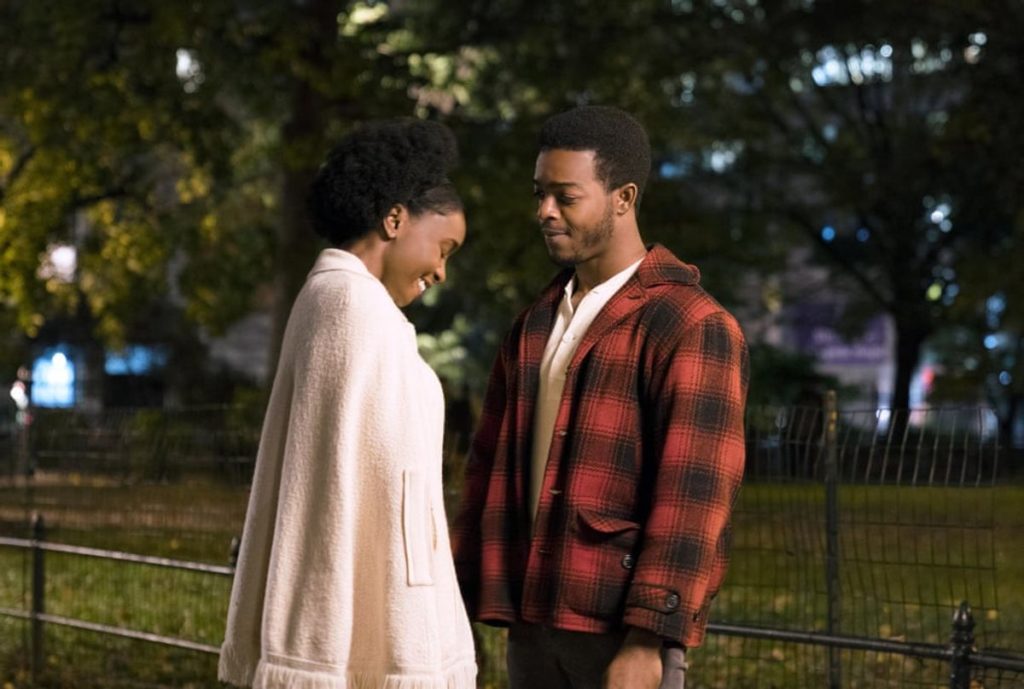 This is an american teen romantic comedy film directed by Susan Johnson and written by Sofia Alvarez. A teenage girl’s secret love letters are exposed and wreak havoc on her love life. A musician helps a young singer find fame as age and alcoholism send his own career into a downward spiral. This story has been told several times before, but Bradley Cooper and Lady Gaga find a way to make this feel fresh and new.

Last on our list is a timeless love story which you can always watch over and over and you will newer get bored of. Based on a novel by Nicholas Sparks, this romance spans decades, flipping between a couple’s first blush of love in the ’40s and the present-day reality of how that relationship has transformed in old age. Top tip: Watch the movies in English language and with English subtitles, it can help you to memorise words and expressions that are the most used by the actors of these lovely movies.

If you found this article interesting, you should know that on our blog we can always bring explanations about travel or places and original tips that will help you in the process that involves learning English.

Check out our other blog posts!

Leap Year: The Irish Tradition You Will Not Be Able To Say No To

Leap Year: The Irish Tradition You Will Not Be [...]

Read More
Comments Off on Leap Year: The Irish Tradition You Will Not Be Able To Say No To

Celebrating the Lunar New Year: in China, in Korea…and in Dublin!

Read More
Comments Off on Celebrating the Lunar New Year: in China, in Korea…and in Dublin!

The History Of Portobello House

The History Of Portobello House Everything you need to [...]

Read More
Comments Off on The History Of Portobello House

So you think you know everything about beer and [...]

Read More
Comments Off on Oktoberfest is coming…to Atlas!

Get Ready For This Year’s Moon Festival!

On September 13th, one of the biggest Chinese celebrations will [...]